skip to main | skip to sidebar

Re: Charice as Icon of Tommorow

I went to an internet cafe ngayon to download songs. Since my friend told me that mp3-codes.com is one of the best sources when it comes to free downloading sites, I visited it. Instead of downloading songs as soon as I opened the site, here I am, re-posting one of it's recent posts. Thank you very much MusicGeek for this article. I loved it as much as I love Charice, the most talented girl in the world.
Charice won the Icon of Tomorrow prize in J-14 magazine’s Teen Icon Awards, besting her 5 other fellow teen nominees from the United States and Australia. An article posted on her fan site on Tuesday announced the 18-year-old international singing sensation's victory. She defeated teen stars Bella Thorne, Bridgit Mendler, Frankie Jonas and Greyson Chance from the US and Australian Cody Simpson. According to the J-14 website, the first-ever Teen Icon Awards honored the hottest teen stars, movies, television shows, music, and web stars over the past year. The award is the “Pyramid” singer’s newest achievement since invading the international music scene. Recently, the Filipino songstress ranked No. 4 in US Billboard's Top Stars Under 21. The New York Daily News reported that she might be the first Asian to become a major pop singer in the US.
Posted by tin-tin at 3:25 AM 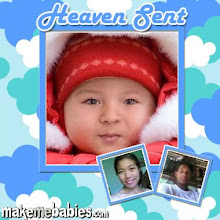